My Roustel Ward mural, up at the Princess Elizabeth Hospital Guernsey, is a fantastic project that I am proud to have been involved with.

The brief was to specifically help the users of the place, who can have quite advanced stages of dementia, by stimulating their environment, trigger memories and create a home from home.

The work was put out to tender by the States of Guernsey and my pitch was chosen for the Roustel Ward ‘upgrade’.

My proposal was “Walkabout Guernsey” which takes you on a journey, up and down the coast of Guernsey in the corridors of the Roustel Ward. The walk will eventually lead you to the “Crab Pot Café”, a central meeting point for the users which gives the impression you’re at a beach-side cafe, with a similar feel to Port Soif Café.

As most of the users are now stuck indoors, the important thing was to bring the outside in, with many Guernsey landmarks along the way… The Little Chapel, The Fairy Ring, G-Joey, Guernsey cows and many more iconic locations throughout the island.

Due to the size and scale of the work in hand, plus it needed to be durable and easily cleaned, the hospital requested the artwork printed onto vinyl and stuck onto the walls and furniture. This was expertly done by Signwriting specialists Dowding Signs.

The feedback to the artwork has been great and very humbling for me. The patients have connected with the locations in the mural. This has also helped the ward staff strike up conversation points and stimulate memories in the users.

The next step for the ward is to fundraise for a sound system which will play sounds of the sea and nature to accompany the art in the corridors.

“We have had some very positive feedback on the colours, how it is a calming environment for service users. It is really good for staff morale and it also opens up the corridor.”

The Roustel Ward is closed to the public, so unfortunately you won’t be able to see my mural in the flesh.

More information and a video about this project is to come very soon.

Click here for The Guernsey Press’ article on my mural 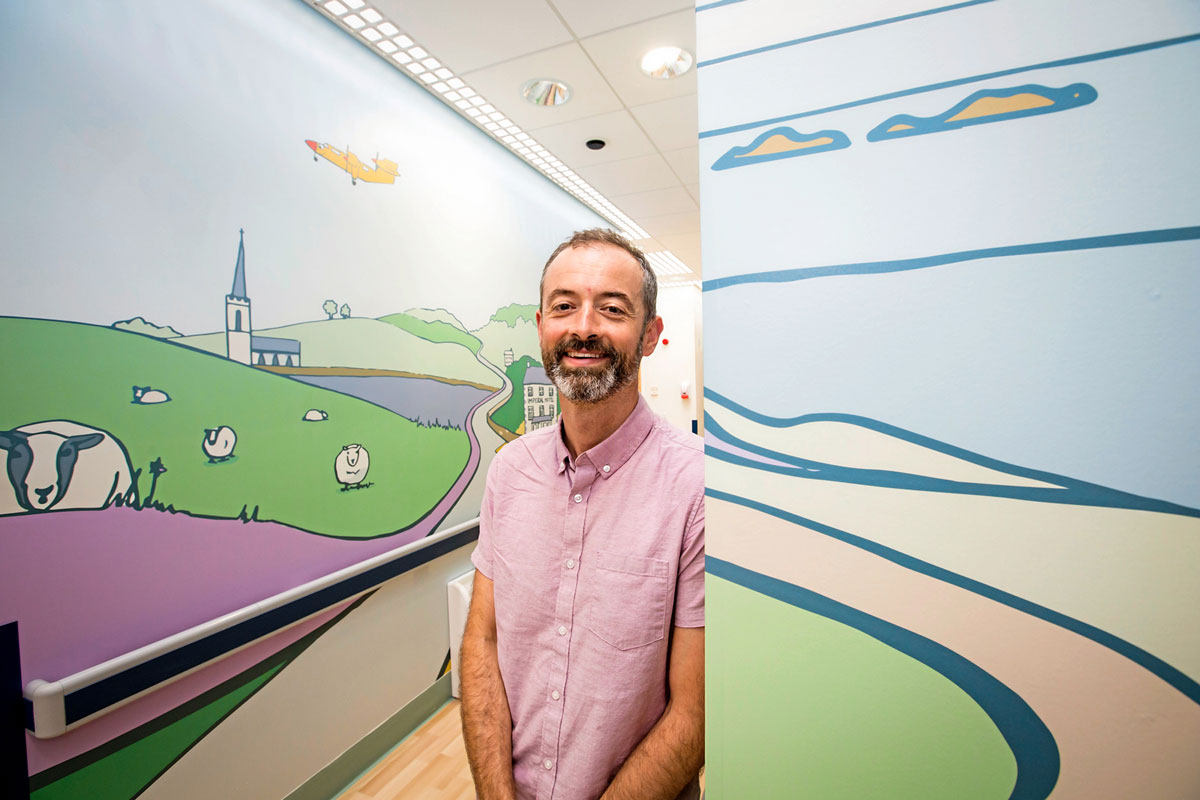 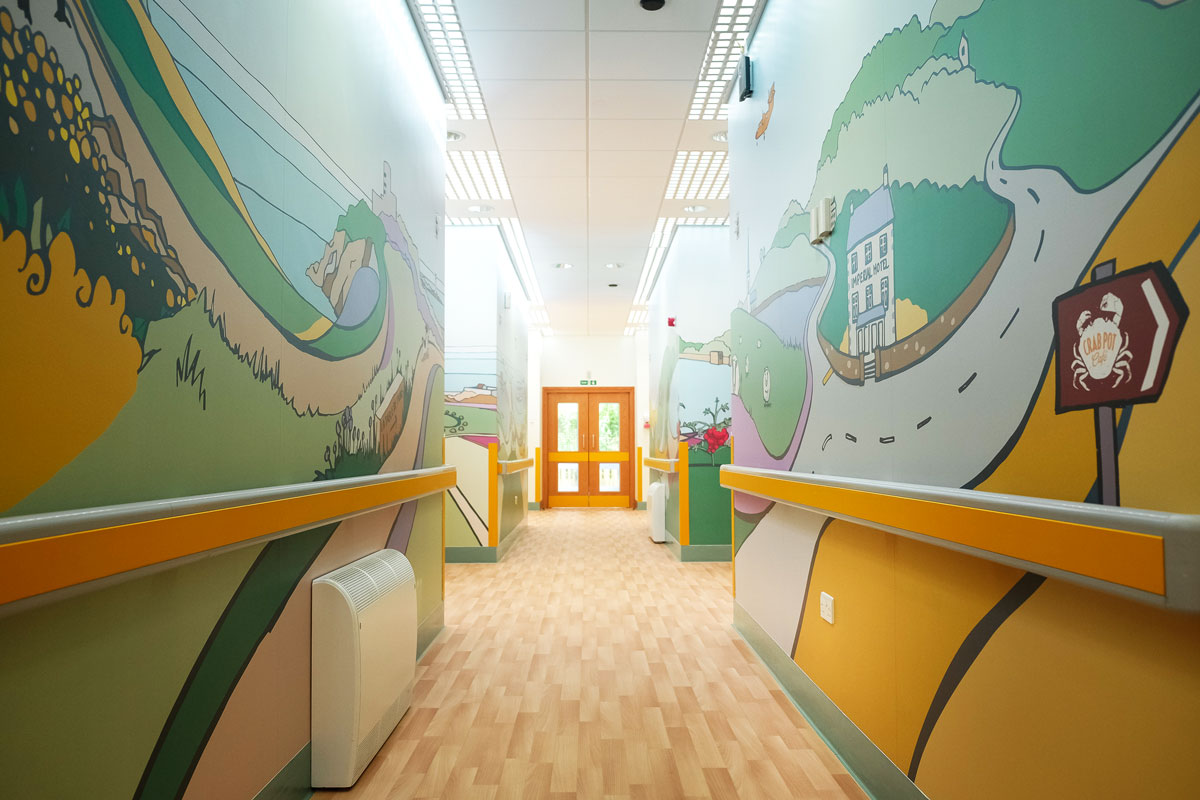 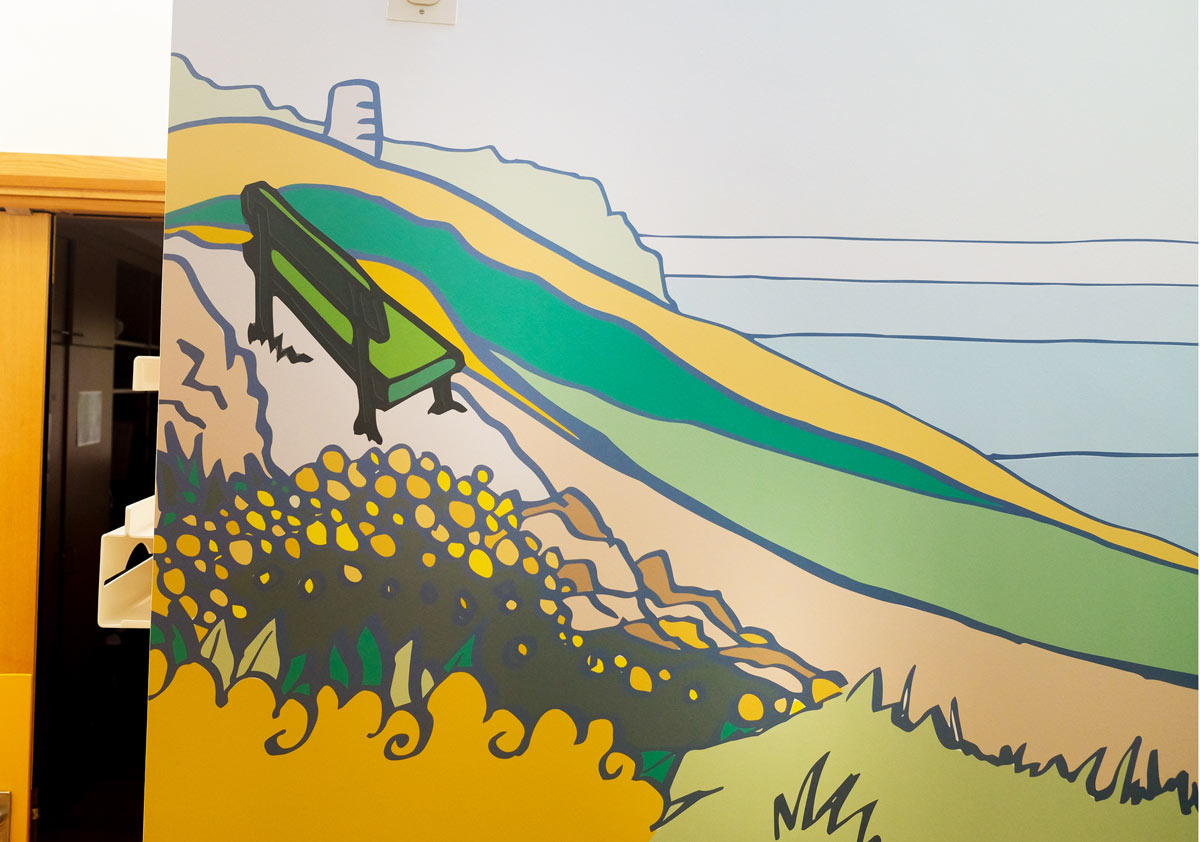 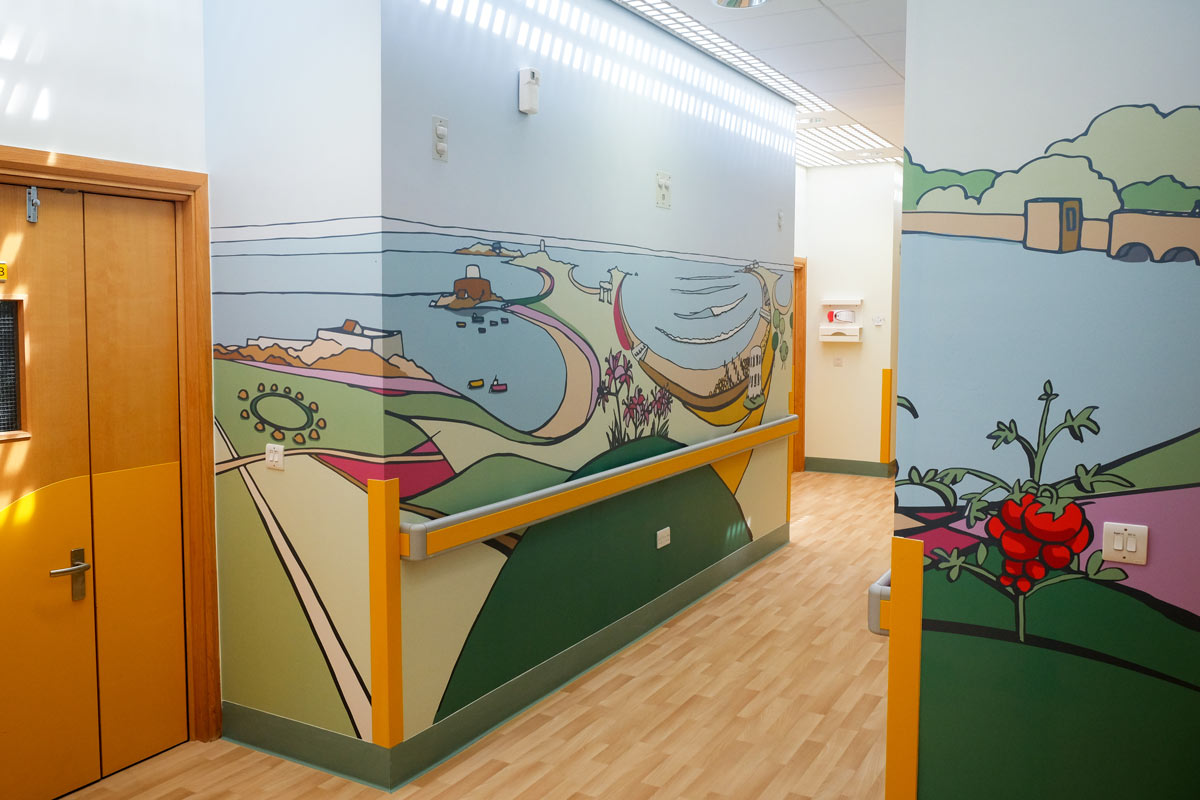 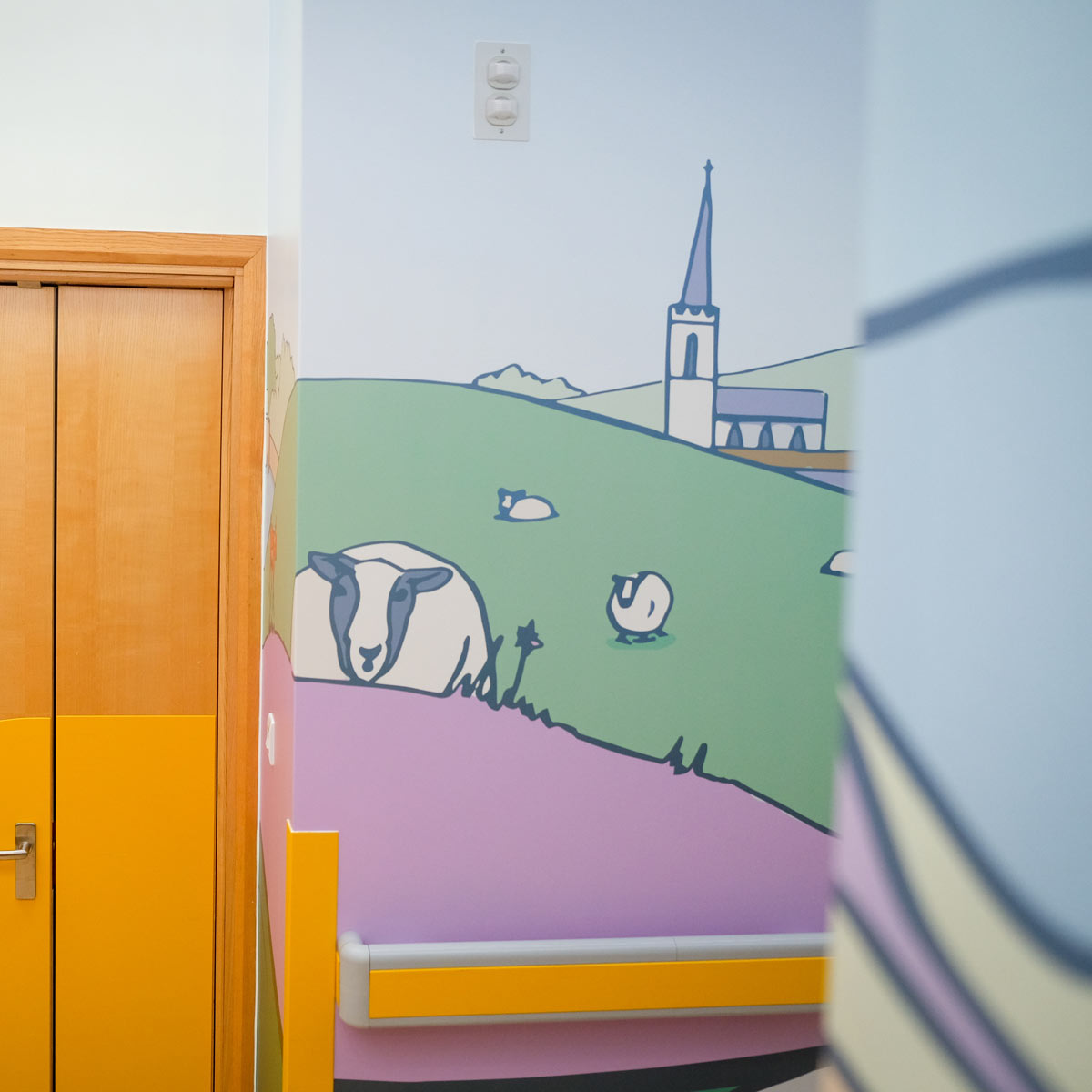 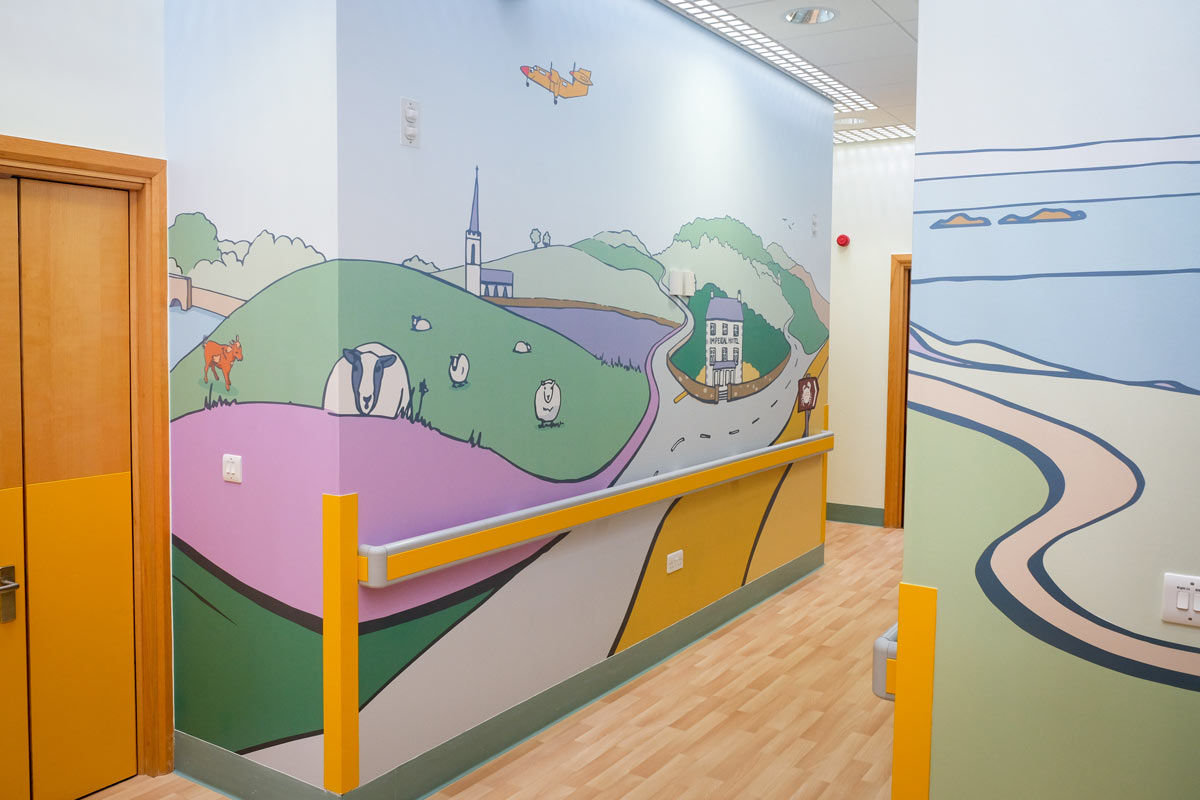 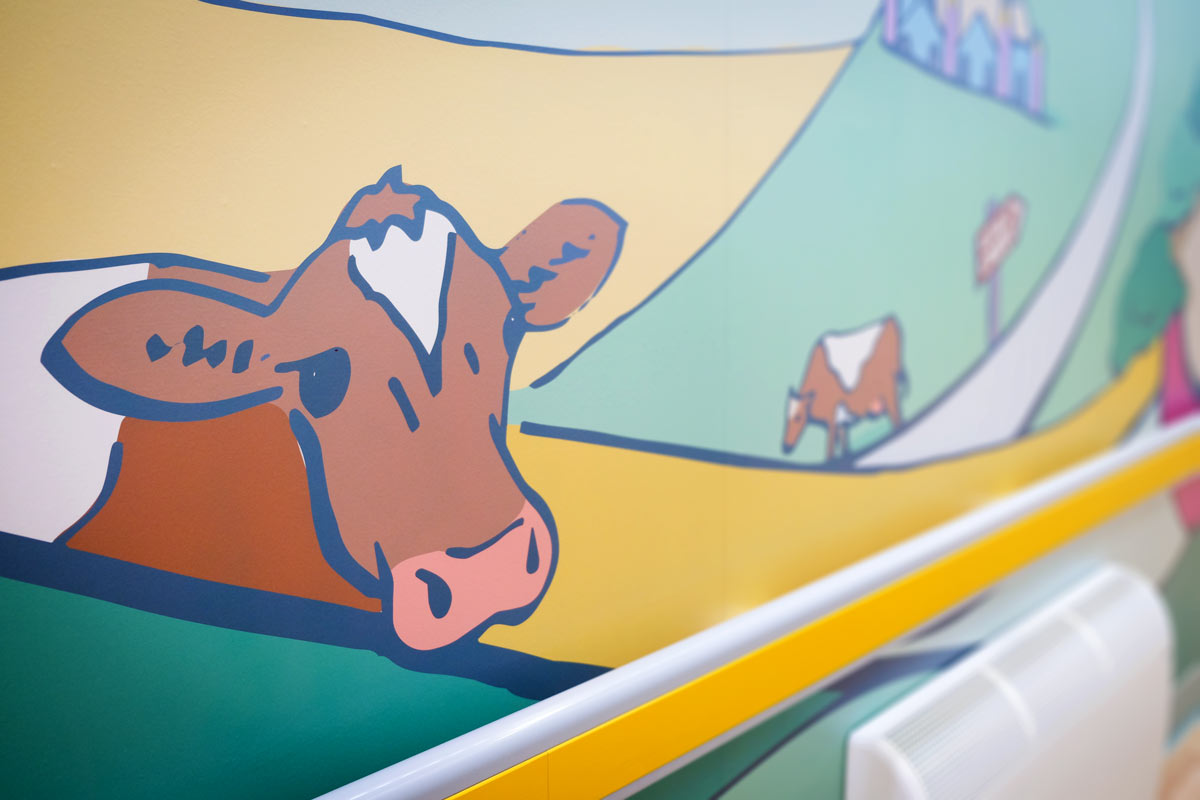 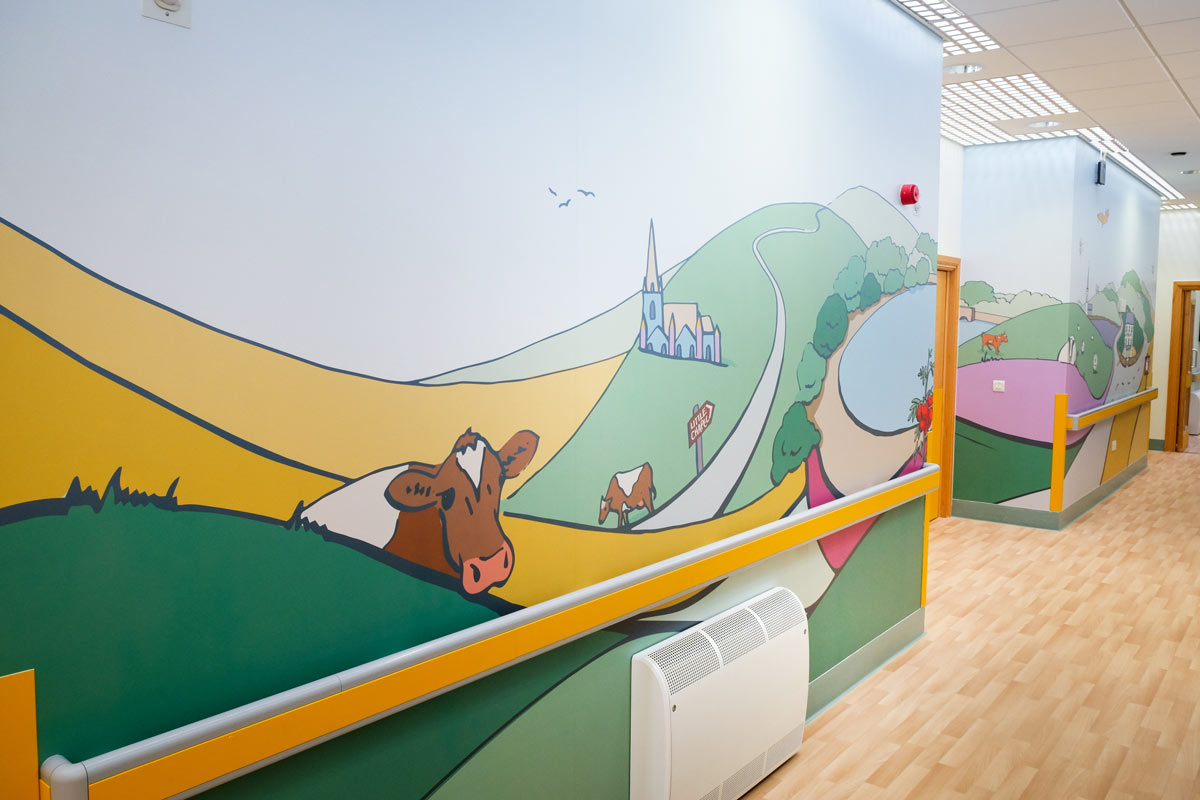 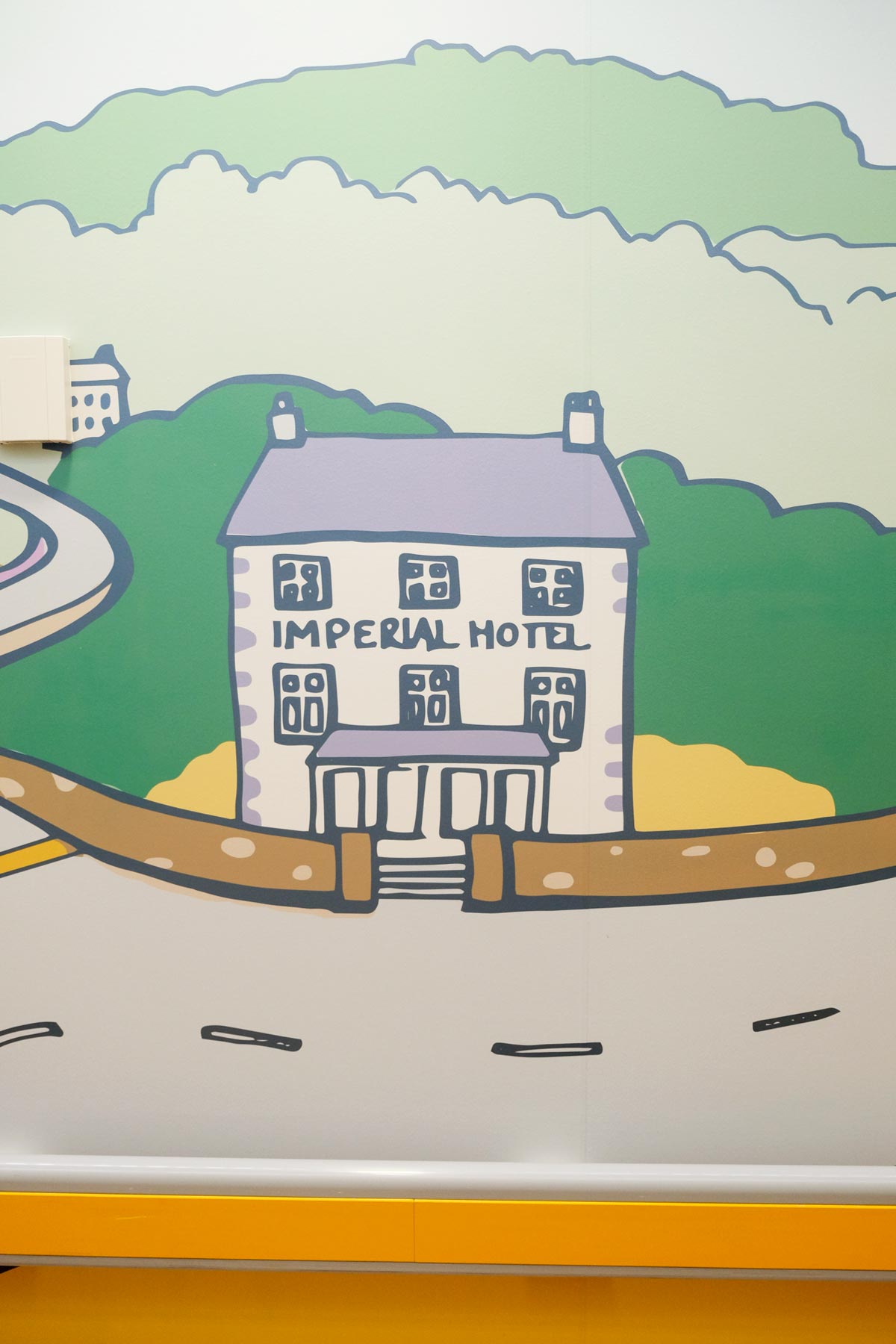 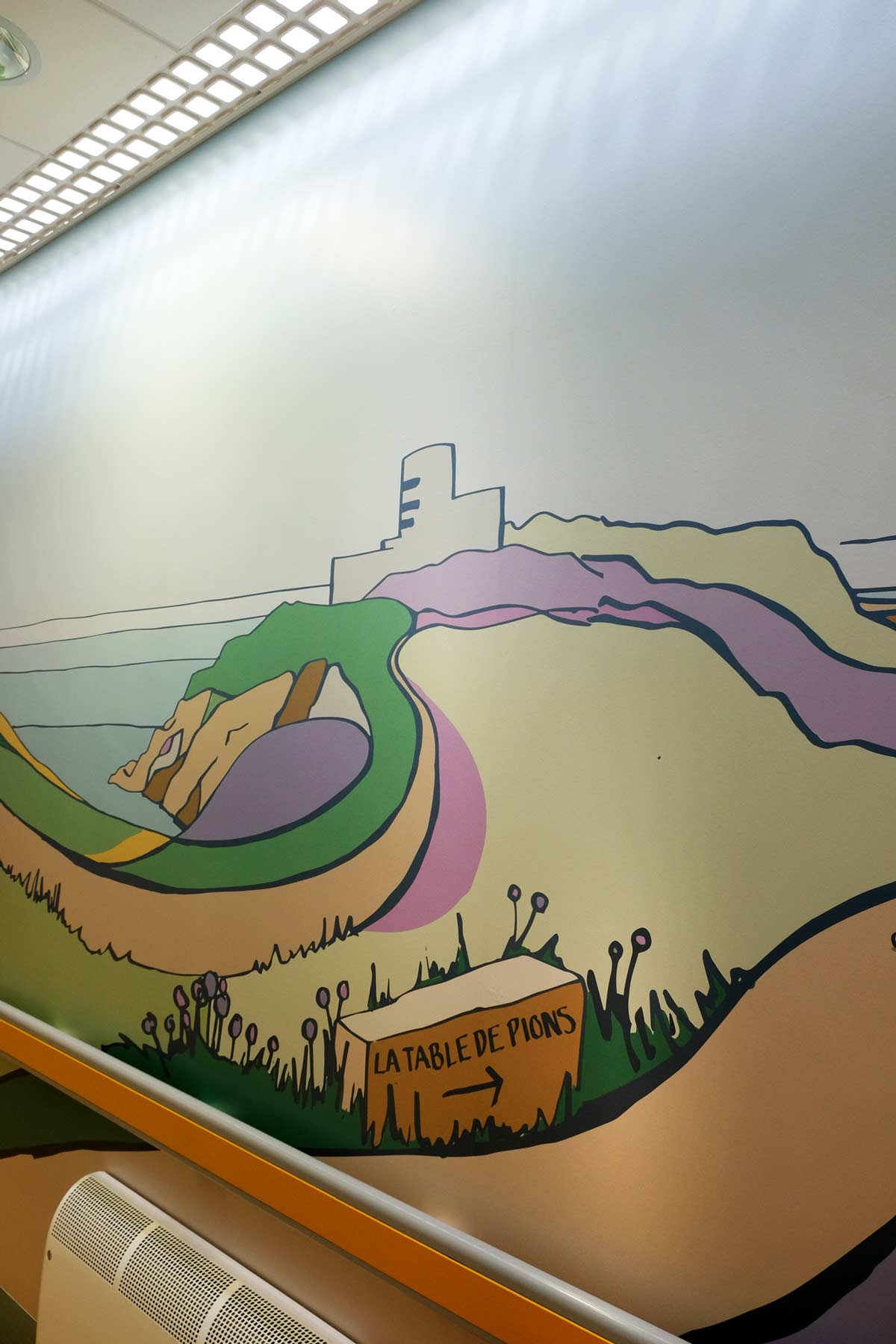 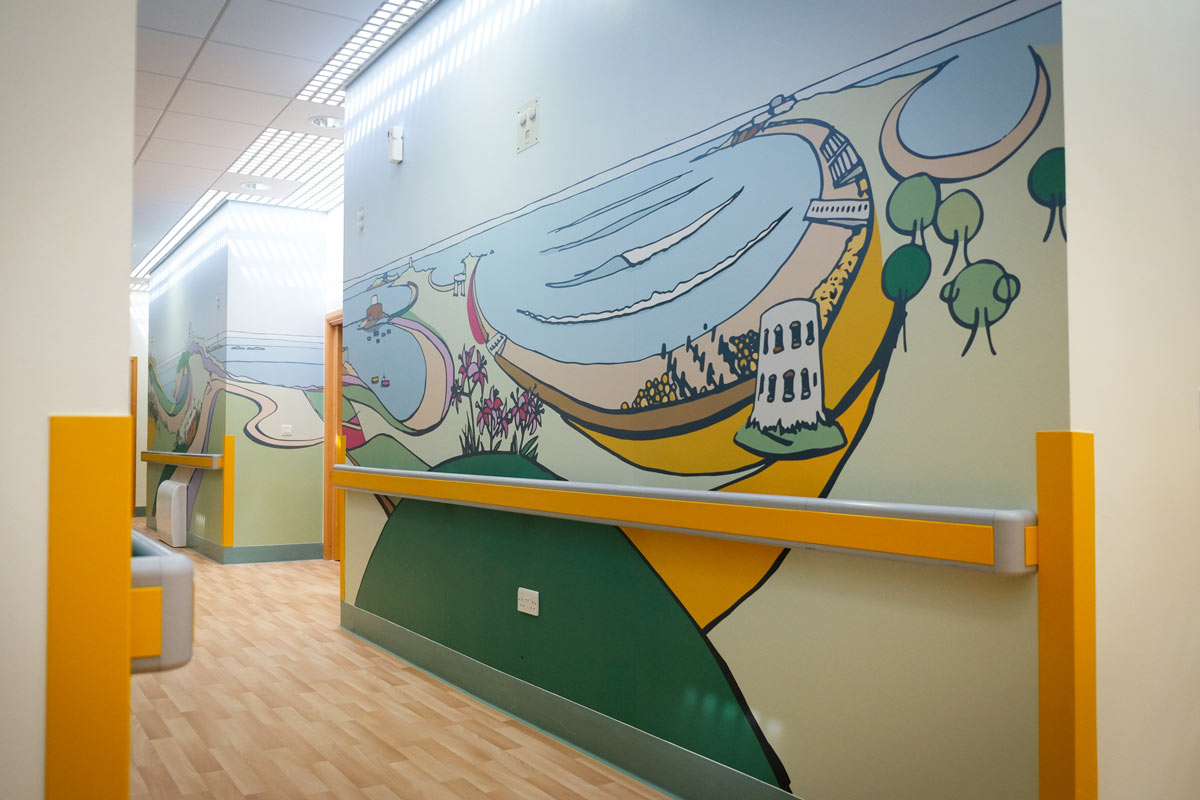 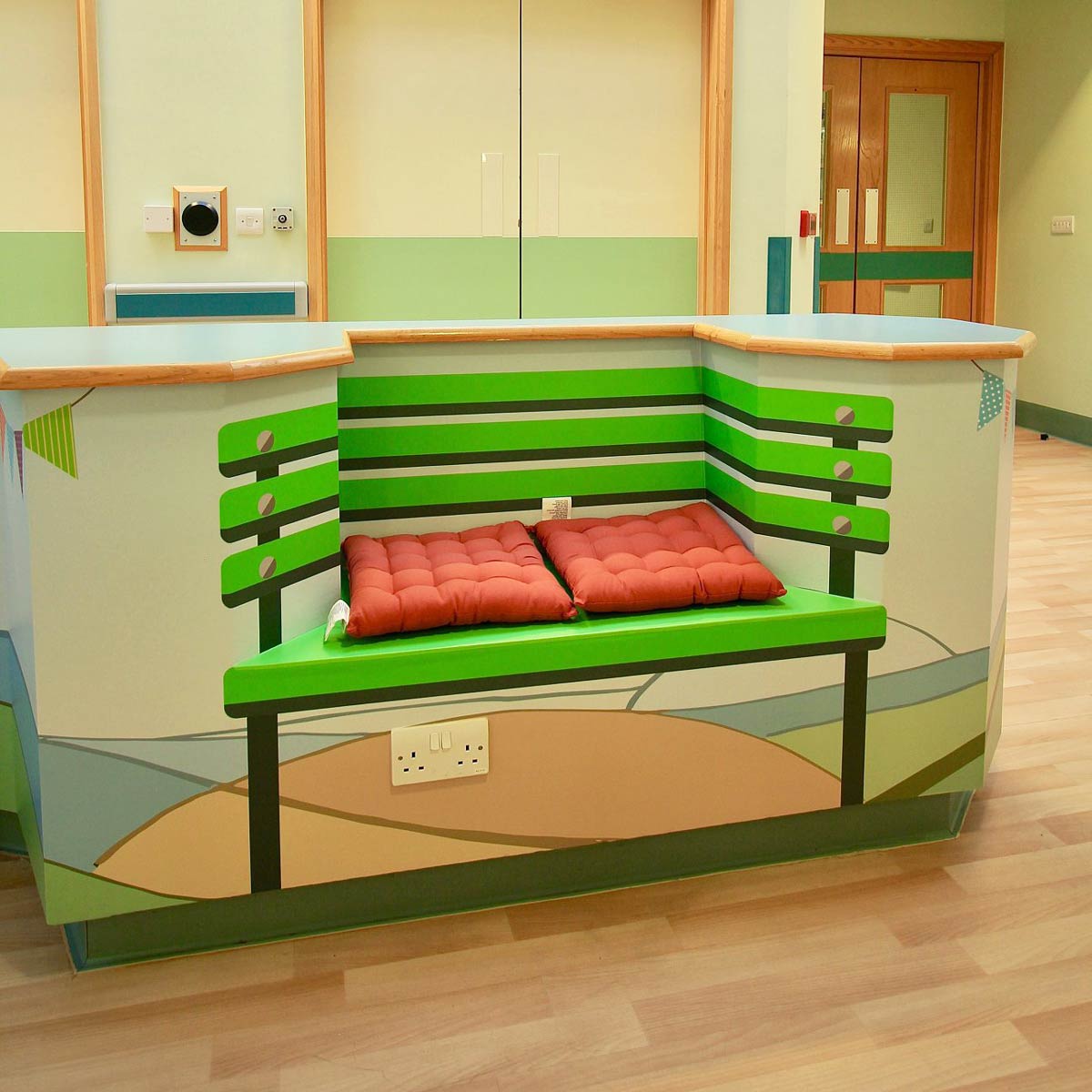